State of Seniors and Alzheimer’s

Our BCF Secretary of the Board, Harriet Harris, was personally invited to attend the Governor’s Task Force Roundtable discussion on Alzheimer’s Disease on January 14th due to her advocacy, personal support and the support from BCF. The event was hosted by UCI MIND and headed by the Chair of WAM (Women’s Alzheimer’s Movement), Maria Shriver.

The Governor’s Task Force on Alzheimer’s Disease Prevention, Preparedness and the Path Forward was formed in 2019 and will present recommendations to the Governor on how local communities, private organizations, business, government and families can prevent and prepare for the rise in the number of cases of Alzheimer’s Disease and all its consequences – and to navigate a path forward to combat this disease in a time of historic demographic change.

The Governor announced the inclusion of funds in his budget to establish a California Cognitive Care Coordination initiative. There are an estimated 1.6 million family caregivers in California, and California is poised to lead the nation with the task force. It will work with coordinating the ten research centers currently in California.

The Task Force was involved in the following eight categories: 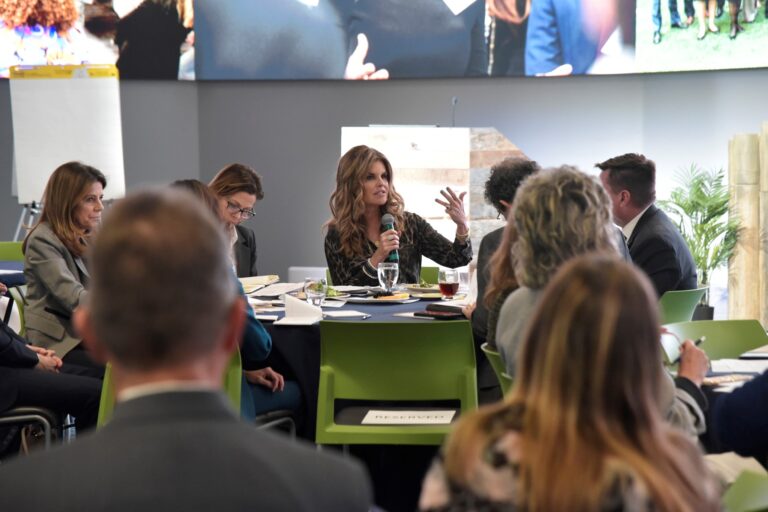 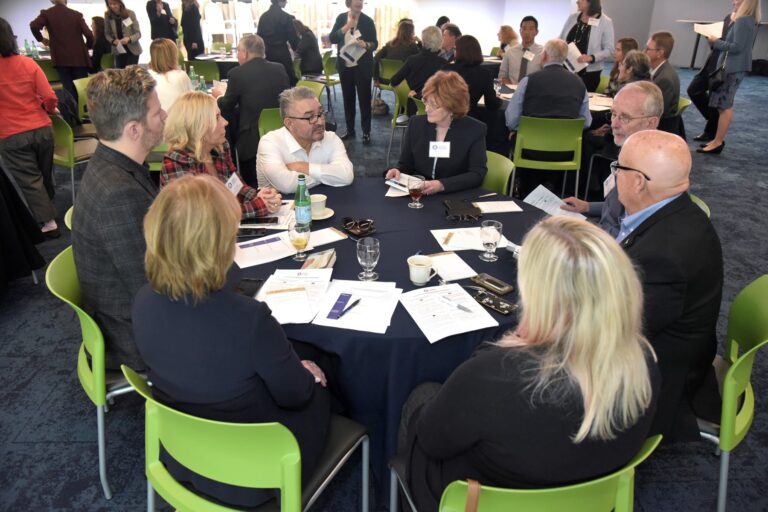 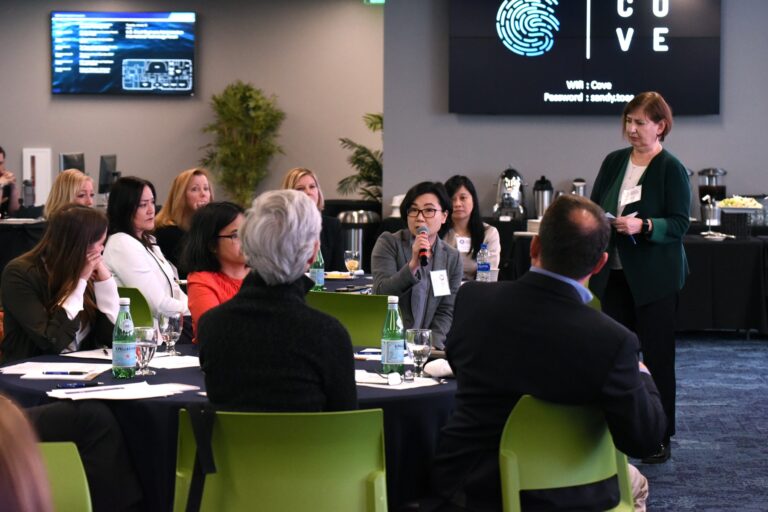 Senior health is a critical component to our mission. UCI-Mind is in the forefront of Alzheimer’s research which is affecting all of mankind, especially those in the twilight of their life.  Research shows that one out of five of us will get Alzheimer’s, there is no cure, within ten years there will not be enough caregivers to meet the need of this tsunami, and devastatingly, researchers are desperately needed to continue the work. For these reasons the Brethren Community Foundation has stepped up to support the much needed research to help, not only today’s elderly population but, the future of mankind. The Brethren Community Foundation invests in Research Fellowships to properly support and expedite the search for a cure.

The Brethren Community Foundation is the presenting sponsor for UCI-Mind’s upcoming gala honoring our BCF Officer of the Board of Governors Harriet Harris on December 7, 2019. 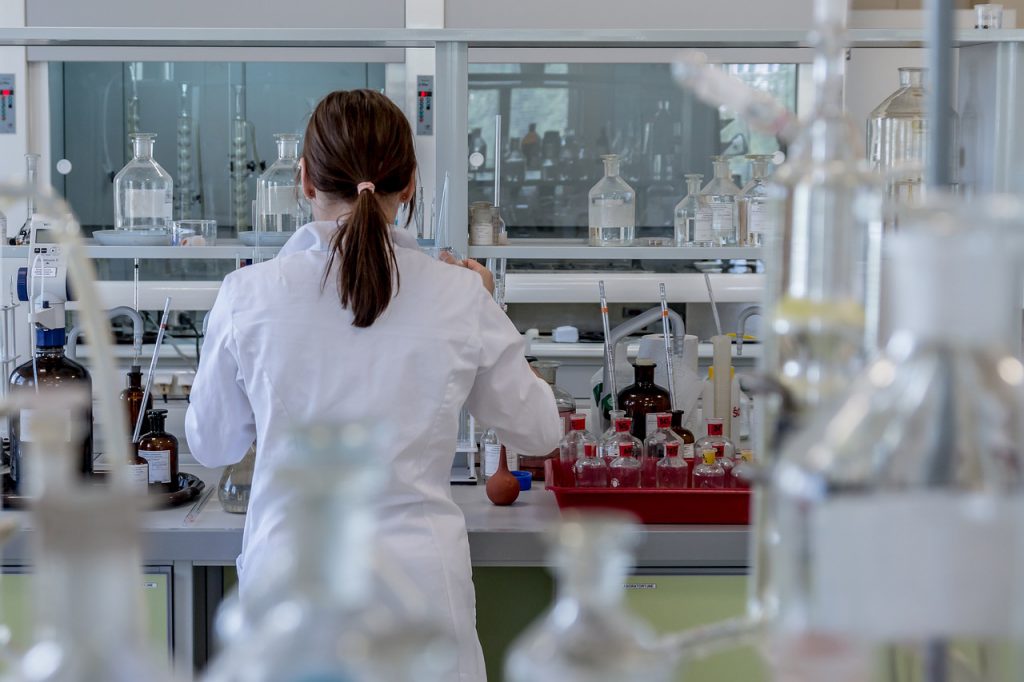 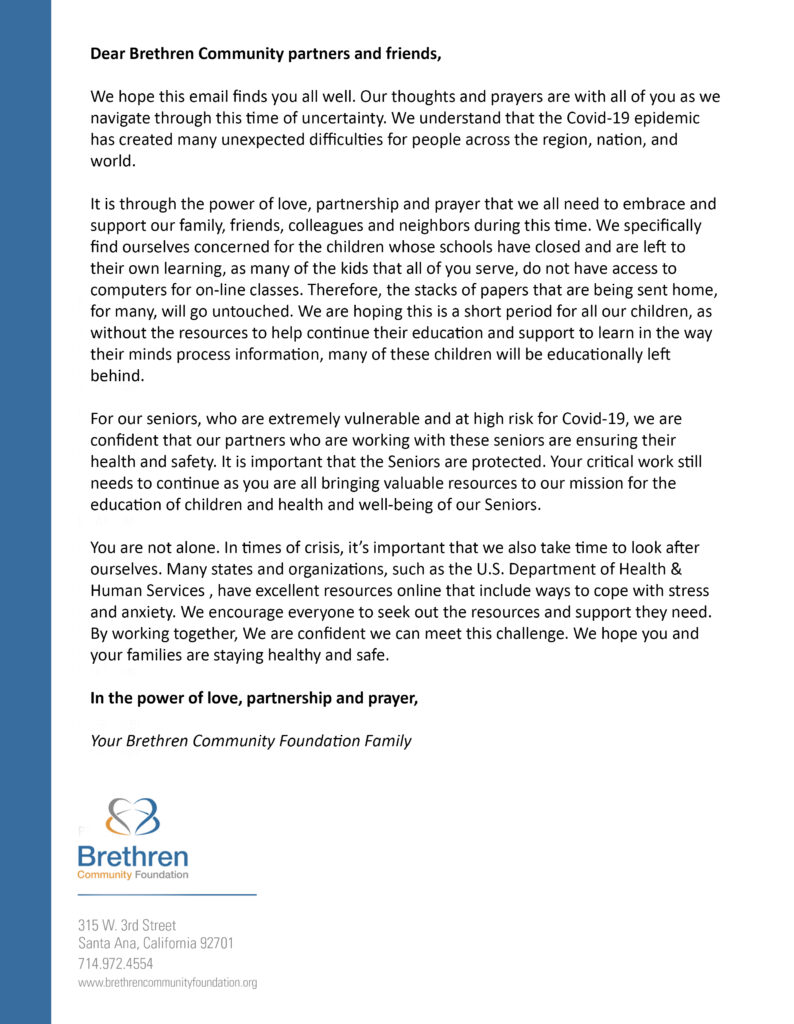